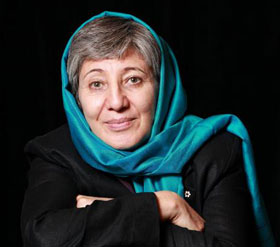 October 9, 2020/admin
Dr Sima Samar is the Special Envoy of the President of Afghanistan and State Minister for Human Rights and International Affairs of Afghanistan and also serves as member of the UN Secretary General’s High-Level Panel on International Displacement and as a member of the Advisory Board on Mediation to the UN Secretary General. She served previously as Chairperson of the Afghanistan Independent Human Rights Commission (AIHRC), as Minister of Women’s Affairs, at that time one of only two women in the transition government; Vice-Chair of the Emergency Loya Jirga and as UN Special Rapporteur on Human Rights in Sudan.
Born on 3 February 1957, Ms Sima Samar graduated from Kabul University Medical College in 1982 and started to practice medicine at a government hospital in Kabul. She was however forced after only a few months to flee for her safety to her native Jaghori from where she continued to provide medical treatment to patients throughout the remote areas of Central Afghanistan. In 1984, she went to Pakistan for the education of her young son and was then to engage in extensive work to provide protection and safety, health care, shelter, education, self-reliance and support for Afghan refugee children, girls and women notably through the Shuhada Organization and Shuhada Clinic she started in Quetta which would go on to operate several clinics, hospitals, primary and high schools in Pakistan and Afghanistan.
On return to her country, Ms Samar continued from all the positions she held her championing advocacy, training, service programmes and work to help restore the rights of women and improve their economic, political, legal and social status including the right of women government employees to return to their jobs and to keep their seniority after maternity leave, representation of women as Loya Jirga delegates, re-entry of girls into schools and legal representation for women.
She was the first Chairperson of the Afghanistan Independent Human Rights Commission established in 2002 and constitutionalized in 2004. She has also established the non-profit Gawharshad Institute of Higher Education (GSIHE) which initially offers training in the fields of political science, political sociology, economic planning, leadership and administration in education and opportunities for women, poor and marginalized students through tuition subsidies and scholarships.
Share on Facebook Share
Share
Share on Twitter Share
Share
Share on Linkedin Share
Share
Share on Whatsapp Share
Share
Share on Messenger Share
Share