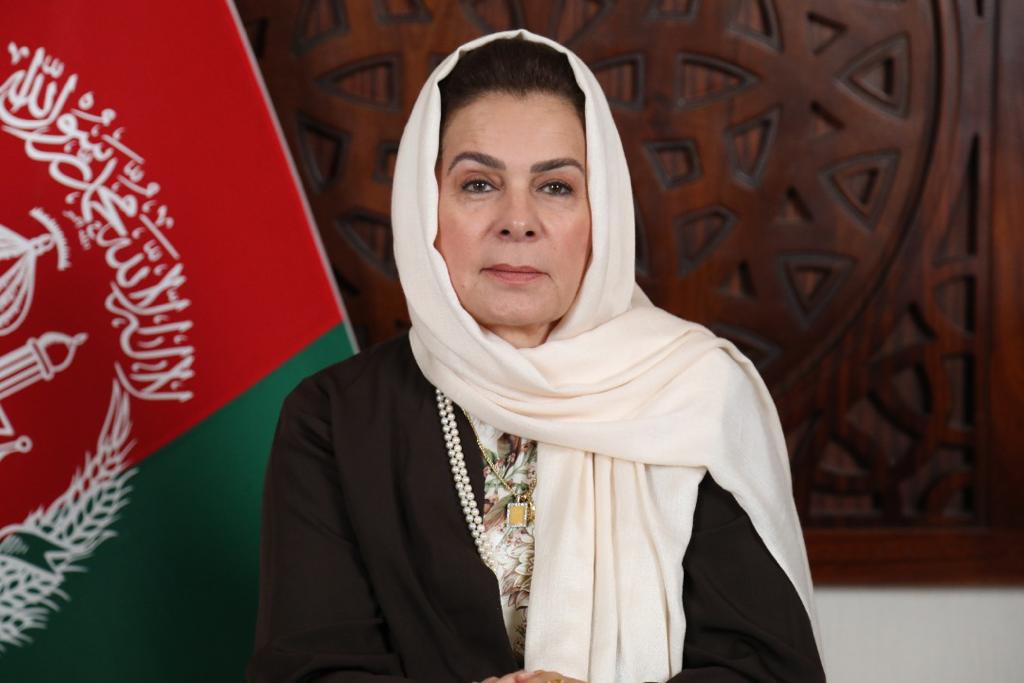 Fatima Gailani is one of Afghanistan’s 21 negotiators in the peace talks with the Taliban, brining decades of relevant knowledge and experience to the team. She was on the commission that drafted the current Afghan constitution in 2003, one of the most progressive national documents in the region. Gailani was also a participant in the 2001 Bonn Conference, the Emergency Loya Jirga that mandated the transitional administration, and the 2004 constitutional Loya Jirga. During the 1980s, she was a spokesperson of the Afghan Mujahideen.

During her tenure, Gailani transformed the ARCS to a credibly neutral and independent national society with wide-reaching service delivery that catered to those on both sides of the conflict. Among her accomplishments were making the society financially self-sufficient, reducing the polio infection rate to its lowest and spearheading a treatment program for children with congenital heart defect that has so far saved the lives of more than 18000 kids under the age of five. When Gailani joined the ARCS in 2004, she was returning to an organization she had deep affections for, from her time (1963 – 1976) as one of its young volunteers.

Fatima Gailani holds a Master’s Degree from the Muslim college of London and a Bachelor’s from the National University of Iran. She is the author of two books, The Mosques of London and The Jurist Who Became Prime Minister, a book about the life and career of Mohammad Musa Shafiq, the progressive Islamic scholar who served as Afghanistan’s Deputy Minister of Justice, Foreign Minister and Prime Minister during the constitutional period of 1960 to 1970. Gailani has received numerous awards and recognitions, among them the First Grade Malalai Medal, one of the highest civilian honors in Afghanistan, Italy’s One Woman in Million Award, the Peace X Peace Award from the United States and the Peace and Friendship Medal from the Iranian Red Crescent Society. Gailani speaks Persian, Pashto, English and French fluently and has working knowledge of Arabic.